Most of the milk is delivered to the four largest dairies in the country, and the rest flows to about 100 small / medium size dairies. The milk is then processed into more than 1,000 different products and brands.

Israel is a new country, and its people come from all over the world, bringing with them a wide range of tastes and flavors and a variety of cultural influences that are reflected in the food that we eat, especially in dairy products. It is quite impossible to find a dairy product from anywhere in the world that is not produced in Israel.

The first industrial dairy in Israel, called “Tnuva” was founded in 1926 by a cooperative of farmers. Since then, Tnuva has been the largest and the leading dairy processor in Israel.

The second largest dairy processor in Israel, Tara, was founded in 1942 by a cooperative of dairy farmers as well.

The third and fourth largest dairies started as a small, family owned, dairy farms : Strauss founded in 1938, and Gad founded in 1980.

the most popular dairy product is soft white cheeses, used as spreads, with low fat content.

Ethnic, historic and religious reasons have influenced eating habits, and the consumption of dairy products in Israel is lower than in western countries, and is usually consumed twice a day- breakfast and supper. 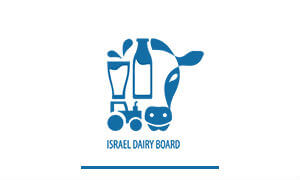